Snomax is a “snow inducer” based on the proteins derived from a naturally occurring microbe. These proteins act as extra nuclides to improve the crystallization and nucleation process.

This enhanced crystallization happens closer to the nozzle of snow guns allowing the subsequent snowmaking process to use almost all the water available. This allows more significant volumes of snow to be produced at lower temperatures, with less water and energy. This substantially increases the efficiency of the snow-making system, while at the same time delivering a consistent snow quality even during the most extreme temperature fluctuations. 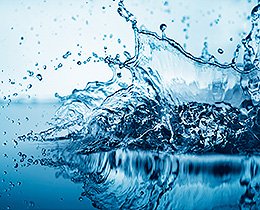 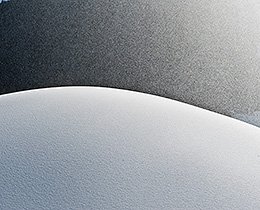 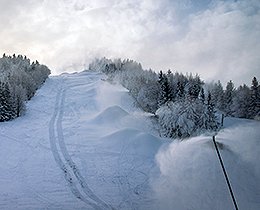 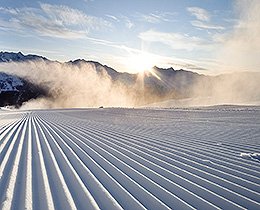 The ice nucleating activity, the protein activity, is checked three times during production in order to guarantee the best product quality. The activity can vary as this is a natural product. The key factor is not the weight of a single package but the activity that occurs within it. The size of the package is modified appropriately. This ensures that there is always the correct degree of ice nucleating activity to optimize snow generation.